Congratulations to Bill Petrocelli, longtime co-owner, with his wife, Elaine, of Book Passage, Corte Madera and San Francisco, Calif., who has written a first novel, The Circle of Thirteen, that is scheduled to be published next fall by Turner Publishing.

Todd Bottorff, Turner’s president and publisher, said, “As an independent publisher, I’m particularly happy to publish a leading independent bookseller’s debut work of fiction. It’s an exciting collaboration from both sides of the indy desk.”

And Turner executive editor Diane Gedymin commented: “I’ve known and admired Bill and Elaine for decades as innovative and dedicated booksellers, educators and advocates of good books. They have helped launch many an author onto the bestseller lists–now it’s Bill’s turn!” 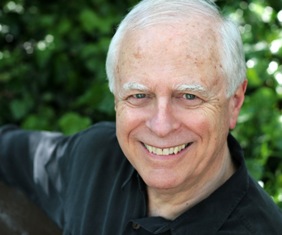 Speaking of The Circle of Thirteen, Petrocelli said, “It’s been five years in the making, and it’s changed a lot in the course of the five years. I don’t know if there’s a single sentence from the original.”

The book is described by Turner as “a suspenseful, character-driven work set in a plausible and compelling future. The narrative weaves back and forth in time, from an act of domestic violence that created a disturbed personality, to the two weeks leading up to a bombing at the UN, to events half a century before that directly influence it. The many strong, relatable women and the connections between them provide an emotionally grounded and fascinating window on the future’s unforgettable history.”

Petrocelli said, “I wanted to write about some of the social issues facing society and the country–including gender violence, food shortages and environmental problems–and make it a compelling story so you don’t feel you’re reading a lecture.” The Circle of Thirteen works on “lots of levels,” he continued. “On one level, it’s a multi-generational tale of several women. And it can be read as a thriller, but it’s a literary thriller.” He noted that Carol Seajay, longtime head of Feminist Bookstore News, called the book “a novel of ideas.”

“Writing fiction has been a lot of fun and a major challenge at the same time,” Petrocelli said. The process has required him to turn off the part of his brain where he thinks like a lawyer–before becoming a bookseller, he was a poverty lawyer in Oakland and a deputy attorney general for the state of California–and turn on “a completely different part of my brain,” he said.

Asked about a book tour, Petrocelli laughed and said, “We have one book signing for sure scheduled at Book Passage.” In no surprise for someone who has been a longtime advocate of independent bookselling, Petrocelli hopes to work closely with other indies. “I can’t wait until the ARC is available so I can hand it around and talk to people,” he said. He will also likely hire a publicist and aims to have “an active website.”

Petrocelli said his wife, Elaine, has been “the biggest fan of my work and so supportive,” helping free up time for him to write. He also praised his agent, Lisa Gallagher of Sanford J. Greenburger Associates, whom he got to know at one of Book Passage’s mystery writers conference. “She’s is a burst of energy. She’s wonderful.” In addition, he said that Carl Lennertz, while he was still at HarperCollins, read the manuscript and “did serious editing on it.” Although Lennertz then went on to become executive director of World Book Night U.S., “most of Carl’s editing remains in the book.”

Petrocelli is now working on another novel that takes “a little different tack,” one that, unlike The Circle of Thirteen, touches on the book business. We can’t wait for that one either!